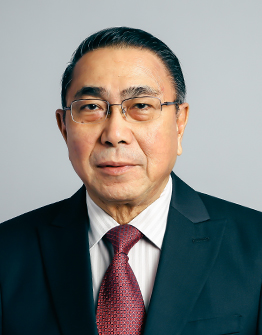 Each industry has unique risks, which are likely to occur in an uncertain timing. For example, the occurrence of an airplane crash is certainly not expected at all, but it is necessary to take into account the possibility of its occurring in the aviation industry.

Meanwhile, the oil and gas industry is prone to the risk of oil leakage or spillage during drilling, or what is commonly known as blowout. The food and beverage industry is also exposed to the risk of contamination at many points on remote and tiered distribution routes.

Issue management became important after Indonesia entered the Reform Era. Why exactly? The answer lies in the change in the implementation of the security function in the country as the journey to democracy began in 1998.

Historical flashback, starting in October 1965 the New Order established the Command for the Operation to Restore Security and Order (Kopkamtib). As a super organization, it is tasked with realizing national security and order and is directly responsible to the President of the Republic of Indonesia. This authority is very broad and collects all intelligence activities so that it can cut the authority of the civilian government and break through the military hierarchy. Therefore, this institution is very much feared, including by the press, who cannot deal with an incident or issue that Kopkamtib deems to endanger the stability of the country and should not be reported.

In 1988, President Suharto disbanded Kopkamtib and replaced it with an institution called the National Stability Consolidation Assistance Coordinating Board or Bakorstanas. In essence, this new body has the same function and is also chaired by the Republic of Indonesia Armed Forces (ABRI) Commander directly under the orders of the president. Anything that is deemed to disturb the order and stability of the country can be dealt with by this institution, including labor activities, negative news about the government or government officials, land cases, and such, to the extent that scientific research that is considered sensitive could also be banned by Bakorstanas.

In an atmosphere full of prohibitions and fear, issue management is not needed, because the press has very little space to move. It was only after the Reformation that in 2000 President Abdurrachman Wahid (Gus Dur) disbanded Bakorstanas. A year earlier in 1999, Indonesia’s third president B.J. Habibie revoked the provision requiring newspapers to have a Press Issuance Business Permit (SIUP), so that everyone is free to establish media. Since the reformation, Indonesia also has a new Press Law and Broadcasting Law which broadens and further guarantees press freedom.

Potential Crisis
In a democratic society, when the press is no longer controlled by the government, business or state institutions and non-profit organizations, it is absolutely necessary to have the ability to monitor and manage issues (issues monitoring and management). Since there is no longer any party in charge of suppressing the news, every company and organization has a responsibility to address an issue that could develop into a crisis and have the potential to damage reputation and even stop operations. Through monitoring the situation, including conventional media and social media, we can anticipate and take steps to reduce negative impacts.

Two Crisis Management experts from the UK, Michael Regester and Judy Larkin, have created a chart depicting how an issue develops into a crisis through the illustration below. The red line shows potential things in a particular company or institution according to the type of activity.

When the number of press reports has increased with the increase in the red line, we must be prepared for a crisis. Especially when the news appears continuously, the graph increases steeply and will peak until action is taken by the authorities to calm the situation (Formal Constraints).

With the existence of social media, the situation is getting more complicated, but the principle is the same even though the coverage period is much shorter. While the coverage in printed media is days,  the process can develop in a matter of hours or even minutes on social media.

Consequences of Democracy
Issue management in a democratic society has another side, namely media handling training. Every company or institution must be prepared to face the media in providing factual and honest explanations, without ensnaring themselves. To do this well, training is needed starting from the executor in the field of communication (Public Relations division), to the highest level, namely the CEO or head of a company/institution. Leaders at the strategic level must play a role when problems become serious and can have long-term impacts and lead to significant legal consequences and financial liabilities.

When the Indonesian press today is getting smarter and more professional in a democracy, companies and institutions must have an equal ability to keep up with it. In the end, Issue Management is an approach that is needed as a consequence of the democracy that has been born in Indonesia. Implementers of the communication function need to master relevant skills and participate in the decision-making process in order to support Issues Management effectively.

In this regard, it is interesting that the Minister of Finance Sri Mulyani criticized the current government ministries/agencies communication patterns. At the Ministry of Finance, public relations are invited to participate in leadership meetings so that they understand what they should communicate to the public. “Don’t just tell the public relations division to make a release then invite journalists without them understanding what is being made”, said Sri Mulyani in the National Public Relations Seminar at the Dhanapala Building on April 16, 2018. It would be good if the policies of the Minister of Finance were followed by all government agencies and corporations.

This article has been published in PR Indonesia magazine 37th Edition, issued on April 2018, page 54.